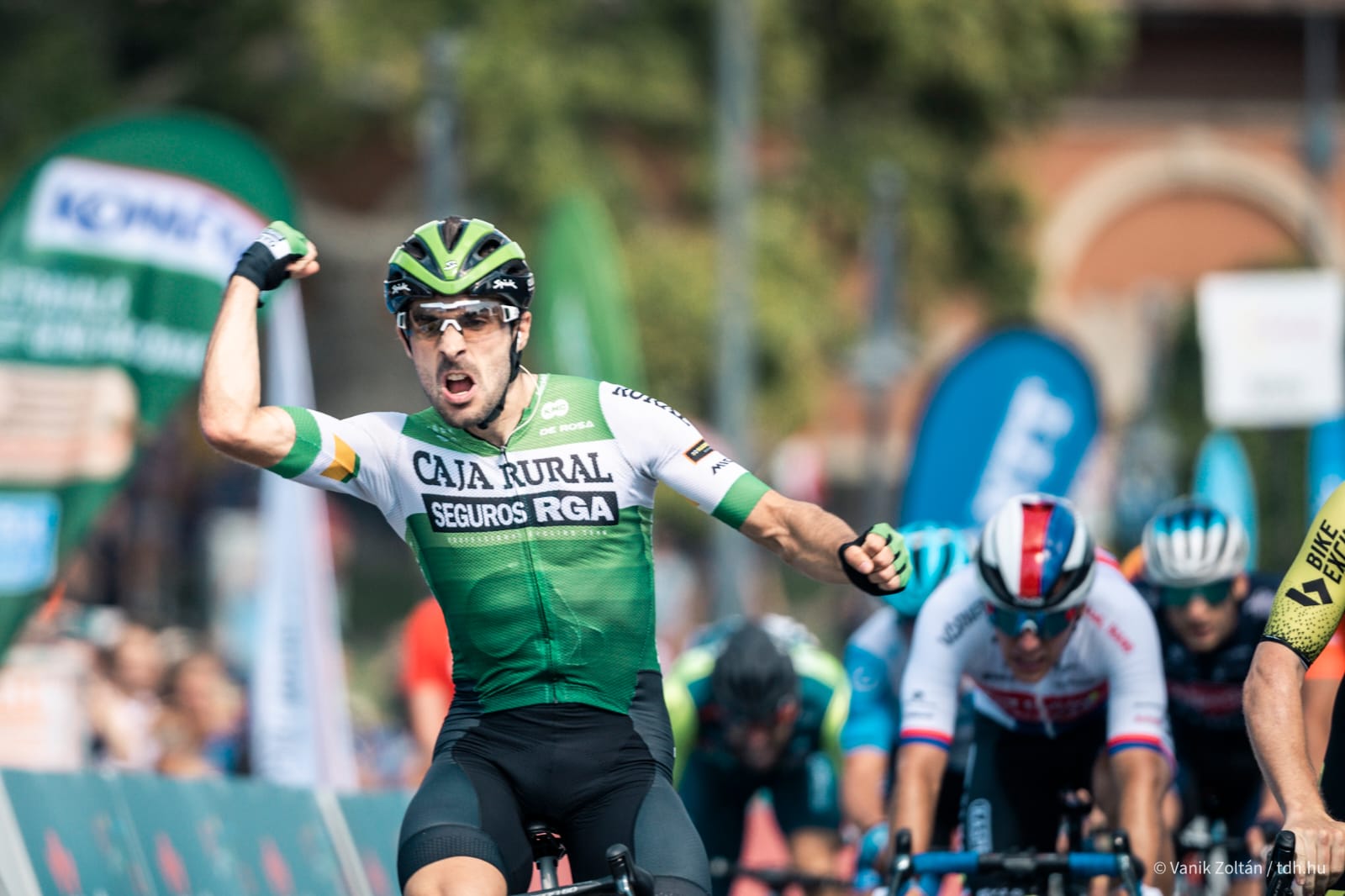 [:en]After fourteen places in the top ten, the reward came for Jon Aberasturi in the form of a victory on the first stage of the Tour of Hungary after a tight sprint. It is the second victory for Caja Rural-Seguros RGA so far this season, which is accompanied by the yellow jersey for the Alava runner.

The leading role at the start of the stage was for a numerous getaway of nine riders, including the Colombian Alejandro Osorio, making his way to the last lap. With the group neutralized, another counterattack was formed with Cristian Rodríguez involved, always with the attitude of being ahead. However, victory was going to be played in a sprint and there the figure of Jon Aberasturi emerged to raise his arms and culminate the good work of the whole team.

Jon Aberasturi: «I had the stage marked since last year they made the same arrival. I knew it was the stage that suited me best. It was a bit of a liberation after so many times being close. The work was good and today I was finally able to win. I am very happy and it gives me a lot of motivation to keep trying «.